Dragons abound in myth and legend, from the elemental dragons formed during the time of creation; to the dragon lore from countries all over the world. Dragons were said to have inhabited the heavens as dragon gods and goddesses and to have shared the earth, ocean, and skies with humankind. But where are they now?

These beautiful creatures who possessed the wisdom of the ages, who were symbolic of luck and power, who were the energy sources of Life, Fertility, and Healing....... are they only remnants of a forgotten past?

Some believe that dragons still exist on the astral plane; having chosen to leave the world of humankind for a more peaceful existence. Others that we have the capacity to get in touch with these dragons as our Spiritual Companions and Guardians.

It is said that dragons once flew in the skies, like flocks of huge birds, playfully enjoying the winds and clouds.

Draco The Dragon is reminiscent of a time such as this; with thunderous wings like huge sails, soaring magnificently overhead. Enjoy the fantasy , let your energies flow with the dragon, and keep the spirit of dragonkind alive.

The pendant size is 1.4 inches. It is an early design so it is single sided as opposed to double sided as our newer pieces. 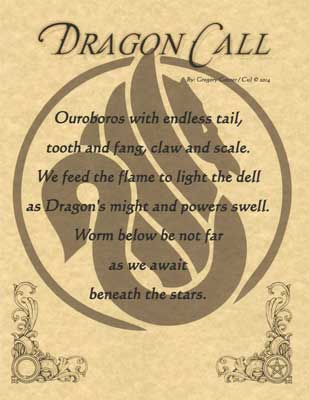